Cloud in a Bottle

From Terraria Wiki
Jump to: navigation, search
Cloud in a Bottle

The Cloud in a Bottle is an accessory that can be found in Gold Chests in the Underground and Cavern layers. When equipped, it allows the player to double-jump. The second jump is shorter than the first jump, but still increases the maximum height the player can reach. It is also useful for preventing fall damage.

The second jump is also affected by other accessories. If the Shiny Red Balloon is equipped, the height of the second jump will be boosted slightly, but not as much as the boost given to the first jump. The infinite underwater jumps provided by the Flipper also count as double jumps, meaning that the player cannot double-jump when exiting water after swimming. 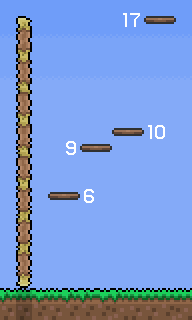 Animation of the Cloud in a Bottle.