Desktop-Only Content: This information applies only to the Desktop version of Terraria.
Fairy Glowstick

Fairy Glowstick is a type of glowstick sold by Zoologist for 75*75 when all three fairies have been recorded in the bestiary. The fairy glowstick functions like a regular glowstick when thrown, however when the it strikes the ground, it will instead hover above the ground at a certain height.

The glowstick provides more illumination compared to a regular glowstick in a watery environment. 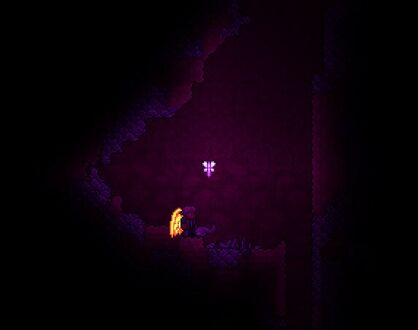