The Grapple hotkey activates the equipped hook in the player's equipment slot, or the first hook from the inventory (read from left→right, top→bottom) without requiring it to be in the player's hotbar. On the

3DS version, hooks can be fired with A, in the

Desktop version, hooks are fired by pressing the E key. 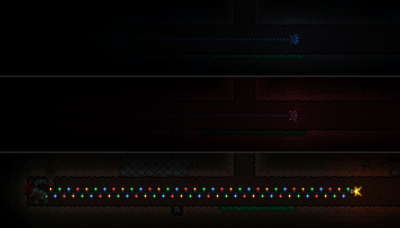 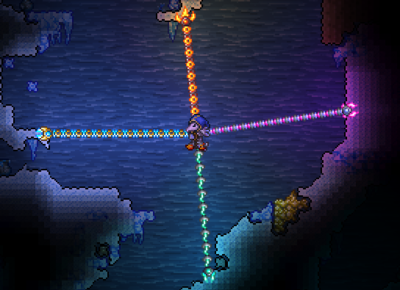