A Floating Island contains a mass of isolated Forest land and a house-like structure. Each world will contain at least one Floating Island, up to a possible seven maximum in large worlds. 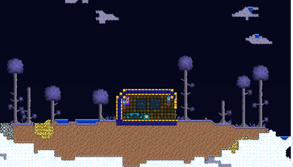 Is This Heaven? • “You have found a floating island!”
Discover your first Floating Island. 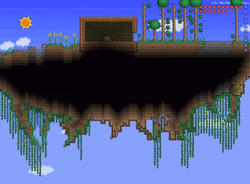