From Terraria Wiki
(Redirected from Guide:Renewability)
Jump to: navigation, search 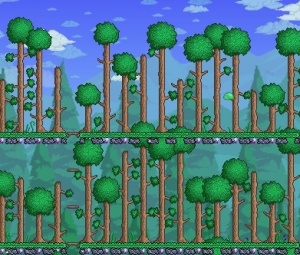 The Staff of Regrowth will greatly increase the amount of herbs and seeds harvested. It will also work on fully grown but not yet bloomed plants at a lower efficiency, making it very useful when harvesting natural Deathweed or Waterleaf. Note that the Staff of Regrowth requires herbs in Planter Boxes be in bloom, not just mature. Regular pickaxes can still harvest mature (and not blooming) plants, but they will not drop seeds as usual. 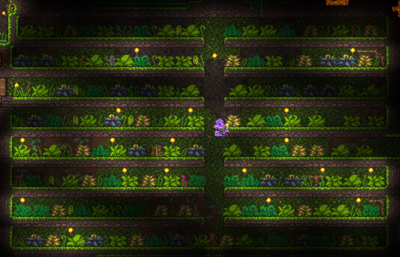 Jungle grass is an excellent source of bait, as each Jungle plant has a very high chance of spawning a Grubby (weak), Sluggy (equal to worms), or Buggy (second only to the top tier). Use of Actuators can allow quickly harvesting a large area (see image).

Flower Boots no longer produce Critters when flowers are destroyed as of update 1.4 (In previous versions you were able to combine the use of a flare - placed at the player's feet and the aforementioned flower boots to spawn critters endlessly).

Prior to 1.4.0.1, liquids could be easily duplicated in large quantities (see images). This process could be easily automated with Pumps. By extension, blocks that can be obtained by mixing liquids, are renewable as well: Obsidian, Honey Block, and Crispy Honey. In 1.4.0.1, it is still possible to create infinite amounts of any liquid, water through the Bottomless Water Bucket, lava through the Bottomless Lava Bucket, and all three through the use of Liquid Bombs and Liquid Rockets. However, these are not as fast as previous methods, and require much more resources.

Crystal Shards have a high sell value for a common material, so farming them can be one of the most effective ways of making money throughout Hardmode. A full stack is worth 1000000*1 590000*59 8400*84. Crafting them into Greater Healing Potions yields even higher profits, especially with an Alchemy Table.

Some items may be renewable in a new world, but they become non renewable as the game progresses: 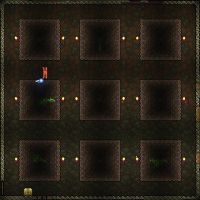 A few items are generated in particular locations, and cannot otherwise be crafted or spawned. Unlike much of the above list, these items can be feasibly permanently eliminated from a single world. This includes furnishings and materials from several fixed structures, notably the Dungeon, the Jungle Temple and the Underworld's Ruined Houses, and Chests and special items obtained from them. For a fuller listing, see Non-renewable Resources.