“
What a beautiful night! With your recent victory, the world seems more at peace, and these lanterns are in celebration of that. 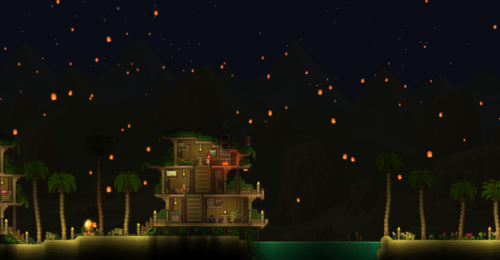 The Lantern Night seen from the Desert Biome.

The Lantern Night is a peaceful event that generally occurs the night after a boss or invasion has been defeated for the first time.

During the event, many lanterns can be seen floating up into the sky in the background. During a Lantern Night, the player will have a flat +0.3 increase to their luck stat, and the Party Girl will sell the Release Lantern.

If a boss is summoned during the event, it will stop, and will not continue even after the boss despawns. However, if a Lantern Night is set to start but a boss or event is active when night begins, the Lantern Night may be pushed back instead; see the Notes section below for details.

In addition a Lantern Night fulfills the requirements for Enchanted Nightcrawlers to spawn naturally if it is also a Meteor Shower, since Lantern Night event will enforce virtually no cloud in the sky.[1] These can be caught for easy bait. 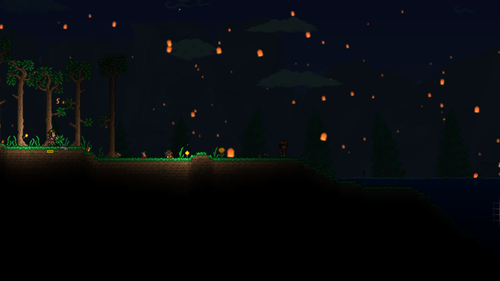 The Lantern Night seen from the Forest Biome.

The Guide may say these two quotes during a Lantern Night: