From Terraria Wiki
(Redirected from Potion)
Jump to: navigation, search 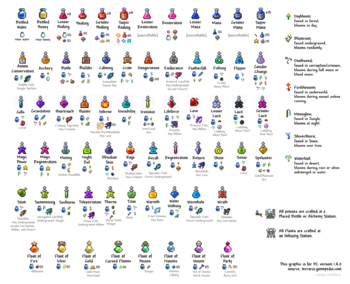 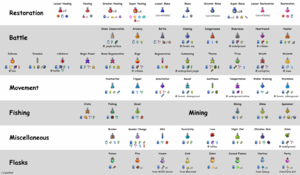 These potions restore health, mana, or even both at the same time. They are limited in use by the Potion Sickness and Mana Sickness debuffs, respectively.Potion sicknesses duration can be reduced with a charm of myths or a philosophers stone.

These grant the character a temporary melee-specific buff when consumed. Only one flask buff can be active at a time. Crafted at an Imbuing Station.