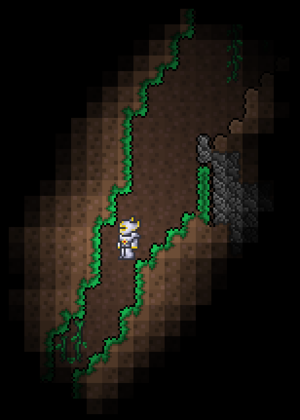 A player using a Shine Potion.

The Shine Potion is a buff Potion which grants the Shine buff when consumed. The buff makes the player glow brightly, which is useful for exploring caves or exploring underwater. This lasts for 10 minutes (5 minutes for Versions before 1.4), but can be canceled at any time by right-clicking the icon (