Console/Old-gen console/3DS-Only Content: This information applies only to the Console, Old-gen console, and 3DS versions of Terraria.
This page is about the in-game tutorial. For Terraria Wiki Tutorial articles, see Terraria Wiki:Projects/Guides.

The Tutorial is a special world scripted to explain to the player the basics of the game. The player starts on a small floating island, between a small hole covered by three Wood Platforms. Nearby there are some Ores. The Tutorial will ask the player to do a certain task, and once it is completed the player will be able to start the next task. If the player, by accident or on purpose, does a task before they are asked to do so, the game will just let them skip it. The tutorial has its own music track. This plays only for the duration of the instructions and on 3DS

version, will change to the regular game music once the player has completed said instructions. The game will randomly choose a gender, clothes colors, and race for the player. The race tends to be Black or White, and not any specific colors. 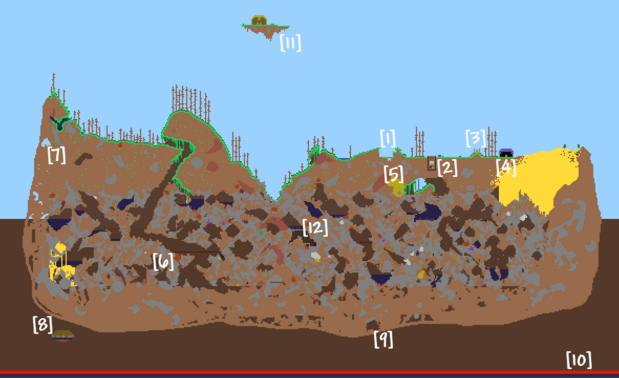 A map of an explored tutorial world on the 3DS

A map of an explored tutorial world on the 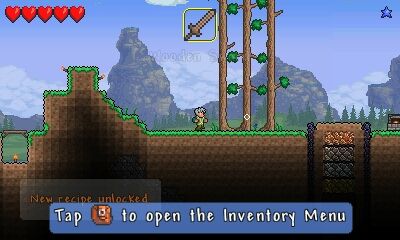 The tutorial spawn as seen on the 3DS